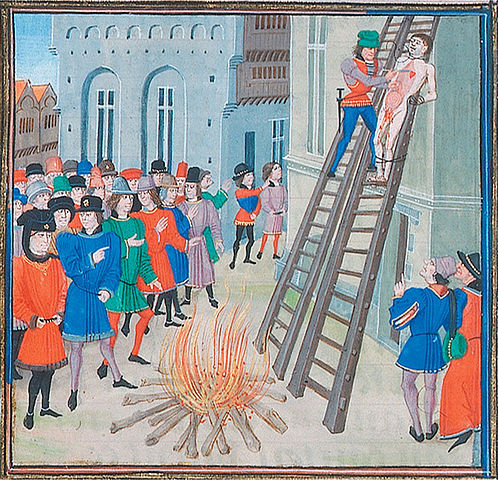 From the Wikipedia page: Hanged, drawn and quartered

Although the Act of Parliament defining high treason remains on the United Kingdom’s statute books, during a long period of 19th-century legal reform the sentence of hanging, drawing and quartering was changed to drawing, hanging until dead, and posthumous beheading and quartering, before being abolished in England in 1870. The death penalty for treason was abolished in 1998.